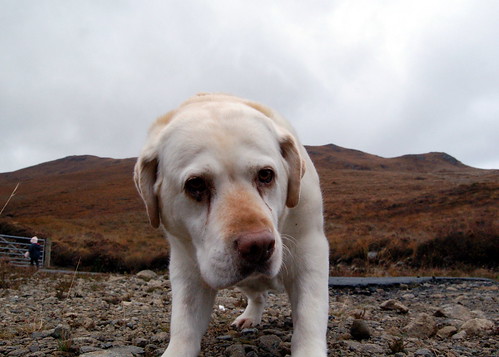 Saffy, the waggiest dog in the world, has gone to the great doggie playground in the beyond.

She was fifteen, ish. Which is... erm, lots, in doggy years.

Feels weird not to have a hound in the family. Yes, she was K's parents' dog, but she was definitely part of the family.


In other news, they're getting a puppy. As soon as the breeders have one - she'd be Saffy's grand-neice, or something.

One of the Beans (I'm not sure which) asked Grandma if they were getting a puppy 'so it'd last longer than Saffy'.