back from photocamp, sorting through photos now. Fantastic day, still on a buzz from my session.

More later, once I've uploaded some photos and had something to eat. 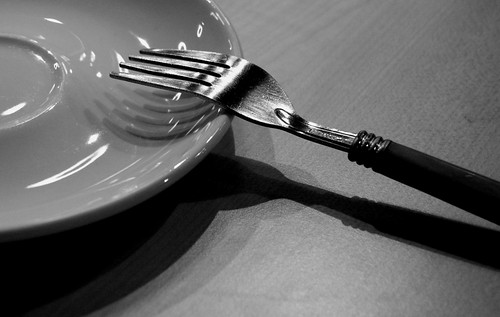 my version - the original inspiration is here:
http://www.photographersgallery.com/photo.asp?id=2891 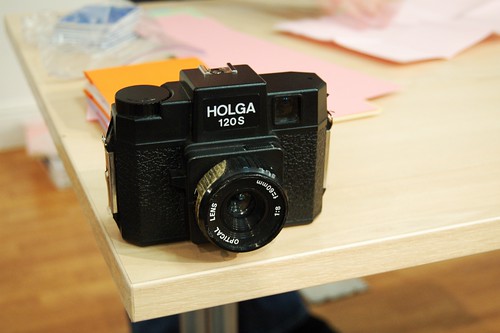 the Holga came out to play 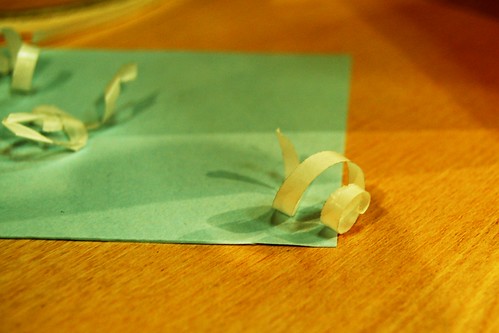 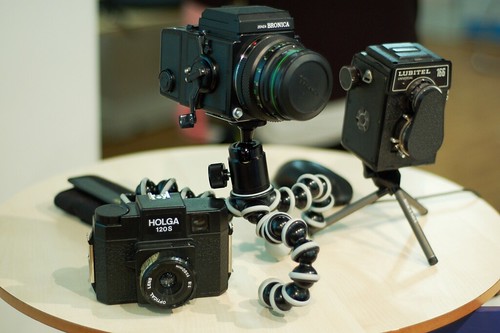 old cameras just seem to like to be together. 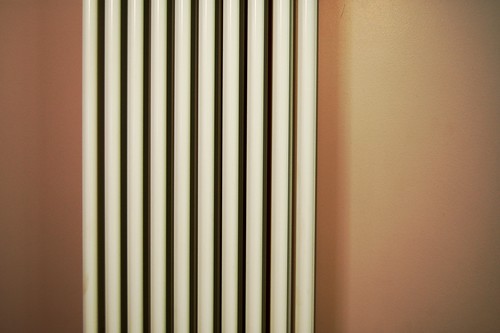 someone at Photocamp asked me what kind of stuff I liked to photograph.

"Oh, just stuff," I replied. "Random stuff. Bits of stuff that other people might not notice, or think twice about"

ok, so today was Photocamp Day.

Arrived in Leeds at about 8:45am, having made sure the Beans were up, showered, dressed and packed for their trip to London to see their new cousin.

I'd decided to call into The Opp for a quick coffee before photocamp kicked off, but was alarmed to see the shutters still up. Hmm. Maybe it opens at 9, I thought, and took myself off for a little wander, bought some polos and a kitkat (no, that's not particularly relevant, but this is my journal, so tough) and got back to The Opp at just gone nine, to discover them putting tables out.

"Erm, not *really*", the lovely lass replied. "It'll be another half hour before the machine warms up..."

damn. Foiled in my quest for early morning caffiene, I pottered down to Old Broadcasting House to help with stuff.

Seemed to be surplus to requirements as there were lots of others helping with stuff, so had a coffee and a chat to various people before the sessions started.

10:30 - session 1: Travel photography
Interesting discussion on travel photography, split into two - first half was all about the prep - make sure you've got the right kit, try and time your travel with local festivals, learn a bit of the language, chat to locals, be careful etc. Second half was more a slideshow of interesting photos from India/Venice/China, with a bit of background as to how/why/where they were taken.

11:20 - more coffee
mmm, caffeine. There were biscuits too. Oddly I want to write 'there was biscuits', but that doesn't look right. More chatting with lovely flickrites

nalsa's excellent chat on what's so great about film. Film good. Lots of lovely old cameras. Now lusting after a Lubitel, if not a Bronica. 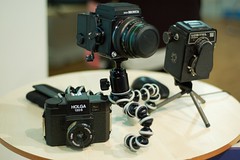 perdita_x. We did art & crafts and made little foldy books. It was fun.

14:40 - session 4: 'My 365'
with John. A '365' in photo parlance is where you take a photo a day, for 365 consecutive days. Usually self-portraits.
John talked about his inspirations, how he approached his 365 and about how he set up some of his fabulous shots. His 365 is here. I am now seriously considering it.
Interestingly, he said that after Mike's session on film earlier, he was going to dust off his old film camera and do some with that, rather than digitally.

15:40 - session 5: recreating a 'classic' photograph
lawks. This was mine. I'd spent the day fretting on and off that I wasn't as prepared as everyone else. There were laptops galore, and more powerpoint presentations than you could shake a well-proportioned stick at, and all I had was a set of 11 photographs, printed out onto A4.
I needn't have worried - I explained what had inspired the session (the excellent BBC4 programme 'Seven Photographs That Changed Fashion') and showed everyone the photos. I said that this wasn't a show and tell session, it was hands-on.
We had some props, courtesy of various people (thanks to

dilerium!), including slinky black gloves, pearls, a tiara, a black wig and various things salvaged from the kitchen.

After an initial few minutes of milling around, people broke off into groups and got to it.

I think more photos were taken in that 50 minutes than had been so far that day. People were up for a bit of fun, and getting their hands dirty doing what we love best, and why we were there: taking photos! We had several Audrey Hepburns, two lots of Lennon & McCartney, a damn good Feininger's photojournalist and even a Christine Keeler

Brilliant fun. Everyone seemed to have a ball with it, and several people came up to me to say what a great idea it was and how much fun they'd had. Well chuffed.

17:00 - 18:20 - discussion on 'hot topics' and close
The day finished off with an interesting discussion on the 'hot topics' of photography - including "what's so great about flickr?", photography and the police, your rights as a photographer, amongst other things.
'prizes' were awarded, but in a bit of a haphazard fashion - last year it was prizes for best sessions, best this, best that, this year it was 'who wants a book on [x]', which I must admit left me feeling a bit annoyed, and the only down point of the day. People had donated the prizes (or gone to some effort to get hold of them, hem hem), and they were just doled out to anyone who stuck their hand up.

Ah well. Great fun, nontheless. Looking forward to seeing the pictures up on flickr, especially of the ones from my session. 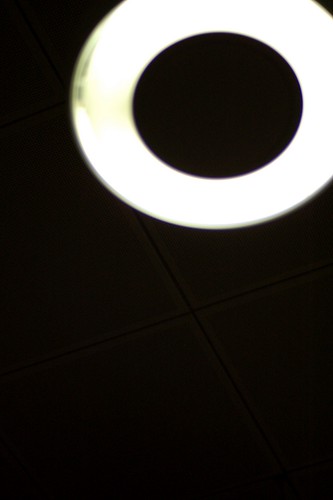 yeah, it's ok. I've finished blithering on about photography. If you want to see any more photos from today, they're up on www.flickr.com/photos/dakegra
Collapse